The Lessons of Citigroup's Say on Pay Loss

As large and small reporting companies get ready for their annual meetings this year they should keep in mind the new rules involving shareholder approval on executive compensation. These rules, required under the Dodd-Frank Wall Street Reform and Consumer Protection Act, will need to be included on all proxy cards after Jan. 21, 2011.

The first new proposal is referred to as Say-on-Pay. This vote is a non-binding advisory vote approving the compensation of the company’s named executive officers, which is disclosed in the company’s proxy statement, and must be presented on the proxy card at least once every three years.

Dodd-Frank also requires an advisory vote on executive compensation in connection with change in control actions such as merger and acquisition transactions. This is referred to as Golden Parachute. A proxy statement involving a merger or acquisition of the company must include tabular disclosure regarding the compensation triggered by the transaction, and a separate non-binding vote on such compensation unless such compensation was already voted on at the annual meeting. This is effective as of January 25, 2011.

Smaller companies need not fear quite yet. The commission adopted a temporary exemption for smaller reporting companies with a public float of less than $75 million. These smaller companies are not required to conduct Say-on-Pay or Say-When-on-Pay until annual meetings occurring on or after January 21, 2013.

This information in this article should not be used as counsel or guidance. Please consult your legal counsel or refer to the SEC's press release at //www.sec.gov/news/press/2011/2011-25.htm 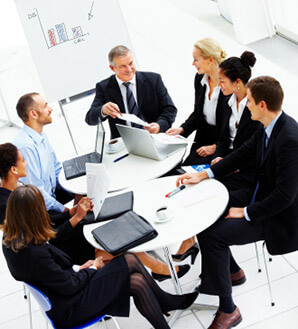 When it comes to planning or implementing a proxy meeting, look no further than Colonial Stock Transfer for your expert advice.