Under a leverage ratio, all assets are treated the same regardless of riskiness. This ratio is calculated by dividing the capital by the assets.

Under the FCA a banking organization receiving high ratings on any recent examination would now be subject to a higher 10% leverage ratio. If banks choose to be subject to this 10% leverage ratio, they would be considered exempt from risk-weighted capital ratios, liquidity requirements, limitations on dividends and many other regulations.

These proposals aimed to provide regulatory relief to lenders because many financial regulators felt as if there was an excessive amount of legislation. These proposals include the following:

This proposal would repeal the section of the Dodd-Frank Act that gave the Federal Reserve the ability to restrict the size and activities of a financial firm that posed a threat to financial security. This would limit the Federal Reserve?s authority and eliminate their emergency authority to secure bank debt and use of the Exchange Stabilization Fund.

The consumer Financial Protection Bureaus? current director will be replaced with a five member bipartisan commission. These commissions would be nominated by the President with the consultation and approval of the Senate to five-year, nonrenewable terms. This structure would also apply to other financial commissions that have a single director or leader at the top.

Any listed financial regulators are required to perform the following:

This proposal would restrict the SEC?s authority to permanently or temporarily prohibit individuals from serving as an officer or director.

While this bill is very controversial it is expected to be enacted by the end of 2016. It may serve as a model for any other revisions to the Dodd-Frank Act. 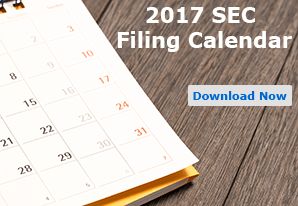